Why Aren’t We Saving a Vital National Asset?

Australian university business schools are calling on the Federal Government for a national strategy to stop higher education – a vital part of the economic ecosystem – from being damaged irreparably.

The President of the Australian Business Deans Council (ABDC), David Grant, says that, as the key economic driver, business has rightly received a large tranche of the Government support aimed at keeping the economic engine running and people employed.

‘However, the business lens has largely ignored the critical role of higher education, which is a major national asset in the economic ecosystem.

‘There has been little recognition of the sector’s contribution to innovation, research and the skilling of our workforce – a workforce that will need to be technologically savvy, highly adaptable, flexible and resilient if we are to thrive in our very uncertain future,’ Professor Grant says.

ABDC represents 38 university business schools that graduate more than half of our international tertiary students and one-third of Australia’s domestic students.

Professor Grant welcomes the Prime Minister’s renewed focus on vocational education and training but, he says, ABDC members are concerned and puzzled by the piecemeal response to these urgent issues:

Professor Grants says: ‘There are hopeful signs. Education Minister Tehan’s support for additional places in short courses in national priority areas, like nursing, teaching, health, IT and science, is a start. However, it is a limited and short-term fix for a significant, long-term issue.

‘If nothing is done to stop our nation’s higher education research and teaching from shrinking dramatically, then the future of our country will also be diminished,’ he says. David Grant Op-Ed in The Australian on the Need for a Federal Government Strategy to Ensure Higher Education is Not Damaged IrreparablyCommunications, Media, Uncategorised 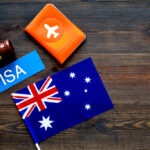