Today the ABDC announces that Professor David Grant will be leaving the role of Pro-Vice Chancellor (Business) at Griffith University in April 2022. Consequently, he will step down from the role of ABDC President at the February 2022 AGM.

Announcing his departure from the ABDC Presidency, David stated:

“I’ve truly enjoyed my time at Griffith and leave on the best of terms. My decision to leave is not a goodbye to the sector and instead will be a case of stepping back a little, not stepping out. I remain passionate about business education and research and will maintain an affiliation with the sector. In the immediate term however, I am keen to focus a bit more of my energy on a new family business.

“It has been an absolute pleasure and honour to be ABDC President these past few years. While it has coincided with challenging times for the higher education sector, I think the Council has made valuable progress to improve the rates of Indigenous student participation in business education, and coordinate business school responses to climate change in curriculum and research. In line with its mission, it has also strengthened its engagement and advocacy with business and government, and enhanced its role as a forum for sharing knowledge and best practice.” 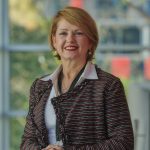